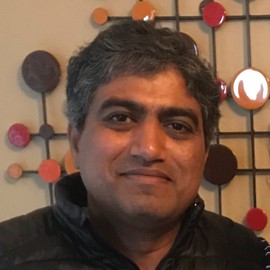 Manish is an entrepreneur and a technologist with proficiency in the Enterprise Architecture and Cybersecurity. He was a key member of many successful startups in the past, notably customink.com and Tykeknit LLC. Manish has led, managed, and optimized the Enterprise Architecture, Distributed IT Standards, and Cybersecurity for many organizations. In his latest venture, he is building a solution that would make management and use of Secure Shell (SSH) a breeze. Manish is a senior member of the IEEE and has a degree in Computer Science and Engineering and a Master’s degree in Artificial Intelligence and Robotics. In his spare time, he volunteers for End Corona Virus (endcoronavirus.org) and the National Science Volunteers Database (nsvd.org).

Keyper is an SSH Key/Certificate Authentication Manager. It standardizes and centralizes the storage of SSH public keys and SSH Public Certificates for all Linux users within your organization saving significant time and effort it takes to manage SSH public keys and certificates. Keyper is a lightweight container taking less than 100MB. It is launched either using Docker or Podman. Keyper has three sub-projects: keyper-docker, keyper, and keyper-fe.

A PowerBI project that tracks and visualzes USA outbreak data for 2019 Novel Coronavirus.

DRMM is an Excel template that calculates a Score per your Disaster Recovery Readiness.

A Captcha web service written in Java. The service is designed to scale horizontally and uses Oracle’s Coherence to share the data.

An Oracle Access Manager (OAM) plugin to add a Captcha on the login page. The plugin verifies captcha against DBSCaptcha server.

An Oracle Virtual Directory (OVD) plug that transforms a binary attribute to a base64 encoded attribute.

A web service written in java that exposes RSA Authentication Manager 2FA for other applications.

Diningo was designed and developed as SaaS for the restaurant owners to publish their specials of the day. The service was was started in 2005 and was shutdown in 2008.

A web application written in java that facilitated T-Shirt design on the web.

Samhita is an integrated Document Management Software offers an organization wide platform for capturing, managing, and receiving documents supporting transactions within business applications. It is a web application written in Java/Struts/Oracle.

A web application that uses Samhita as backend to store and manage Resume and Timesheet for employees.

A desktop application written in Java that synchronizes your desktop folders with Samhita.

An appliance that scans and stores documents in Samhita.

An Awk script to convert LDIF file to CSV.